THE WEDDING PARTY
Next Video 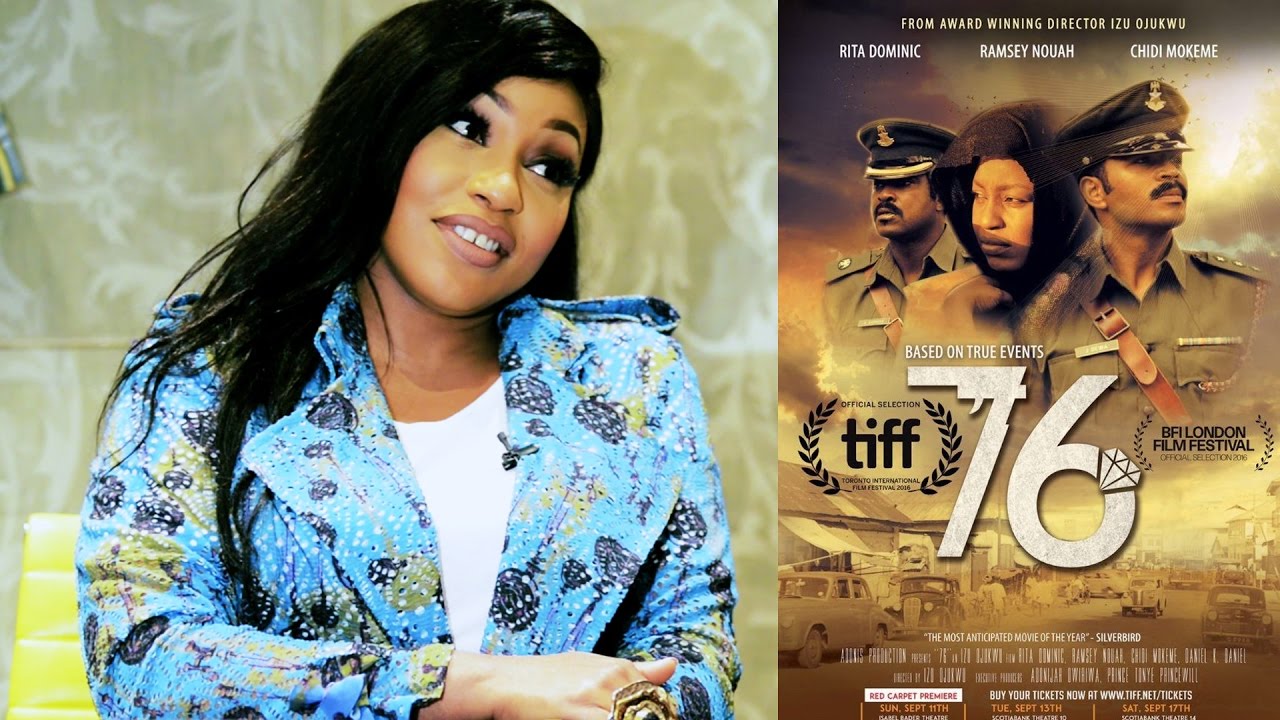 It is with great joy, pleasure and smiles that I bring to you this fantastic and brilliant Nigerian movie, well I would have being so surprised if they had acted less of the huge expectations of Nigerians, a movie featuring outstanding and award movie acts like Rita Dominic and Ramsey Noah. The best was definitely everyone’s expectations from the producers. The buzz and advert for the movie surely did spike awareness and arouse the interest of many Nigerians. I sure did enjoy every bit of the movie, from the suspense, thriller, action and fighting scenes to the adorable, loving and excited family made up of Rita known as Suzy and Ramsey Noah known as Dewa. They leaved happily despite her father not giving them his parental blessing to move on with the marriage, they were so in love and their love had no boundaries. The movie was lovely and did a good job in replaying to us what happened in 1976. They were quiet clear and explicit in telling us how it played out, I must say that I really enjoyed the movie and my expectations were met.

The 118mins movie was just brilliant, they were extremely very detailed and meticulous; they had to use the perfect cast, scenes, cars, houses, musical instruments and clothing. They had so much going on well for them. The production crew and design crew had a perfect picture of what they wanted to pass across and they did proper justice to that. The movie featured acts like Ramey Noah, Rita Dominic, Chidi Mokeme, Ibinabo Fiberesima, Yinka Edward, Pat Nebo and much more was directed by Izu Ojukwu.

To the movie which was about the plot against the then head of State, revealed a lot about the plot and coup. How a group of soldiers planned to overthrow the government but failed and had to be killed. The lead actor Ramsey a young, vibrant, handsome looking soldier from the middle belt fell in love with a very young maiden from the southern-eastern part of Nigeria. Her father didn’t want her to marry him as he wasn’t from their region and they hadn’t seen any member of his family. The father believed that he wouldn’t treat her well as he wasn’t from their region and that the fact that he hadn’t paid her bride price he wouldn’t treat her with so much respect. Despite the fact that “Dewa” as he was called had little funds, he had planned to pay her bride price but her father rejected it. Suzzy as Rita was called was so in love with this young man and was willing to go any mile with him, she believed that love would conquer all boundaries and at the end it really did. He was accused falsely despite not joining the plot, but in the end he was vindicated from the death sentence. It was a really touching and emotional story, one that would keep you thinking.

To my verdict I sincerely feel that this movie should definitely make it into the top 5 Nigerian movies of 2016, it was like we were saved the best for the last. It was brilliant, outstanding and interesting. I really did enjoy every bit if the movie and would definitely recommend it to anyone who wishes to have a good time. The movie sure did have a good twist of romance, suspense, thriller and action. The actors were just perfect for each role. I will score it 9.5/10 because I sincerely felt that it deserve this score. So if you want to have a relaxing weekend, then this movie is surely the movie to watch out for.