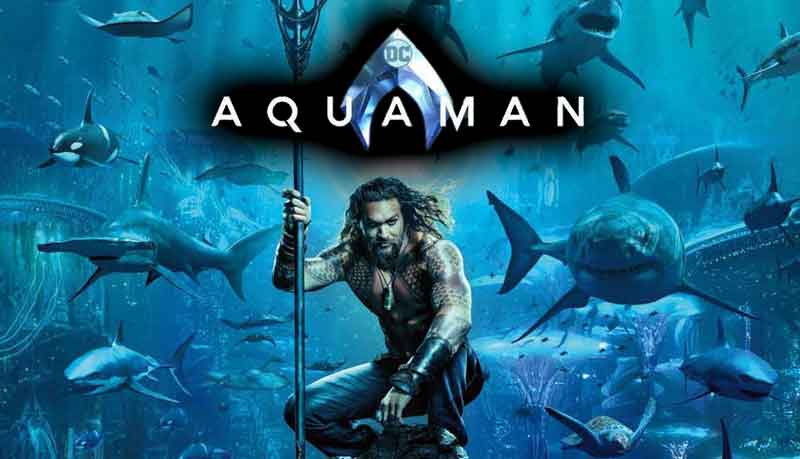 If you are searching for a nice action movie to keep you thrilled this period, then search no further because Aquaman has got you covered.

I am sure they never thought they would have this much acceptance and love from a lot of people.

There were so many things nice about this movie; from the good-looking lead actor to the storyline that made it look so real.

So far this movie has raked in a total $888m till date and was only released on the 21st of December 2018. Although it didn’t do so well in the domestic market, the international market however, have loved it so well and making it one of the highest grossing DCEU till date (DC Extended Universe) beating the ‘Wonderwoman” benchmark.

The movie industry has seen a lot of tremendous growth and record breaking this last 2018, and seems like it can only get better, as most of the underdog characters are turning out to be superheroes and are cashing out to the banks.

We are seeing growth and changes, also witnessing fantastic records being broken by smaller non famous characters and heroes and I am sure 2019 will be even better.

The movie was written by Will Beall, David Leslie Johnson, and directed by James Wan, a fantastic storyline that looked so real, despite being a fictional tale. I loved the production, cinematography, the storyline, the cast and the breathtaking locations; I adored absolutely everything about the movie.

The movie started by taking us down memory lane by showing off the beginning of Aquaman’s life; how his earthly father met his mermaid mother one day on earth, they fell in love with each other and had him.

The main issue was that she had to return and when she did, she was banished so Aquaman had to stay on earth with his father, but he grew up with super powers which he could use to control everything on water. He was super strong and also handsome. The movie took a whole new twist when his wicked brother wanted to take over the entire water world and he was called upon to step in and save his people who had all their hope in him. At first he refused but later on he went on to fight for them and he saved the kingdom. I absolutely loved the end of this movie; it had a typical happy ending.

I really can’t help but score this fantastic movie a beautiful 10/10. Yes, you read right; I already stated why above. Just when we thought the movie was over, they brought us even more excitement. Most of us (in the cinema) didn’t want to leave when the movie was over; it just felt like there were more scenes.

If you haven’t still seen Aquaman, please make sure you do before it goes off the cinema. This is a 100% recommendation from me this season.

Ratings: PG-13 (for sequences of Sci-Fiction violence and action and some languages)

Feel free to review any movie of your choice in not more than 200 words and send via mail to linda@businessdayonline.com

Also stand a chance to win a free movie ticket if you answer the question of the week correctly on social media.