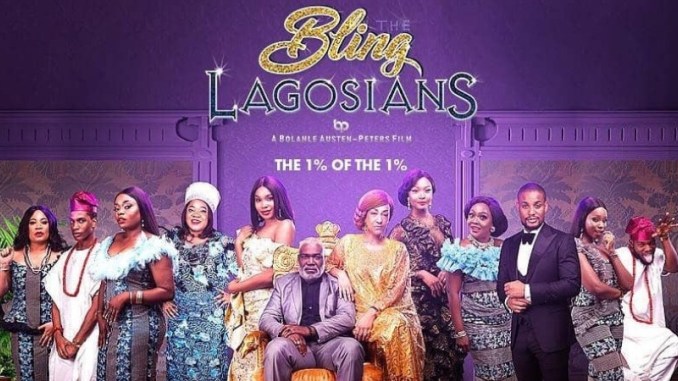 A typical movie telling the real story of the life of living and keeping up in Lagos. A clear show off of the who and who that matters in  the city of “Eko”. That’s what we have to deal with in Lagos on a daily. There was something really nice about this new movie that makes you want to smile all through. Some of the scenes you can connect really, as we are shown just how far people can go to keep up appearances in the public eye.

The honest truth is that there was nothing outstanding or phenomenal about the chosen storyline. It would be difficult to compare it to outsnading movies of late last year that had extremely nice storyline, but then it was just good in its own class, and when you have very good production and cast, they tend to make you close your eyes to the fact that the story was just simple. They told us the story of the 1% percent of the 1 % in Lagos, the LA cream of the LA cream “in Eko”.

It was nice to finally see Bolanle Austine Peters produce a proper Nigerian movie and she didn’t do badly at all. The movie had a few things going for them like the crisp production, clean editing, nice costumes, good cinematography and scenes, the sound tracks used all through were very catchy and linked with the scenes, songs that will make you nod your head.

The movie started on a very funny note with the first scene where 3 wealthy Lagosians were having a drink and Jide Kosoko was bragging of how he was going to deal with his side chic, unfortunately he ended up dealing with himself.

The Holloways played the lead role in this movie; Mr. Akin Holloway was a very successful business man who had ran the family business for years, he was a son of a wealthy man, and the family has had wealth being transferred from generation to generation.

Akin was a very lavish spender and he was also cheating on his wife with his best friend’s wife, well no one knew about the affair, so he thought till he got busted at the very end, it was so shocking who caught them and how.

His wife Mrs. Holloway, was a more terrible spender, all she knew how to do best was to dress up, look good, travel and throw expensive birthday parties. They were willing to do anything to make sure that no one in the city of Lagos threw a better party than they did.

For her 50th birthday party she spent 1m dollars and for her 51st she wanted to spend even more. All plans were in progress until their world came crumbling down with her husband losing all his wealth, it came as a huge shock to them all and they had to fight to survive.

Anyway she did learn a few lessons like how it was important to plan, save and invest wisely especially when the wealth was not in excess. She also learnt what it took to have good friends you could rely on. When the going was good she has friends but when things became tough, she lost most of them. Anyway I guess life teaches us loads of lessons especially at our down times.

To my verdict I would score this movie 7/10,  as I said earlier it was a simple basic story but the nice production, cast and editing made up for the other perquisites. So if you are interested in just having a good laugh, then maybe you could give this a try.

Feel free to review any movie of your choice in not more than 200 words, please send us a mail to reviewonmovies@gmail.com, also please do answer the question of the week on social media and stand a chance to win a free movie ticket.

Movie Review – MAD ABOUT YOU 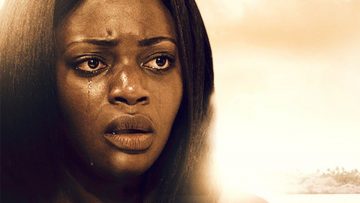