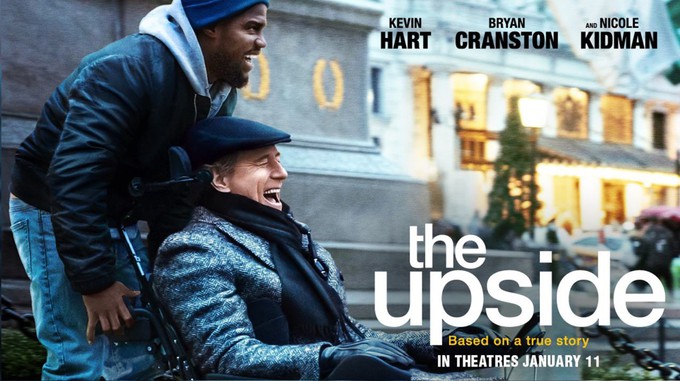 For the comedy lovers “Upside” might be a very good movie to watch and relax with. As usual if you have being following Kevin Hart for a few years now, you will agree with me that he hasn’t failed in releasing hilarious movies January of every year since 2015.

This time around he wasn’t with Dwanye Johnson, he worked with Bryan Cranston and I loved the movie, because it made laugh while I learnt a few life lessons from him. I am sure most people would enjoy this movie, nothing serious just something to unwind with.

The movie was based on a true life story, a unique comedy about a recently released ex-convict “Kevin Hart” who was called “Deli” in the movie, who suddenly became so closed to a paralyzed billionaire “Bryan Cranston” who was called Phil in the movie.

This movie was based on a hit 2011 Frech film called “Intouchables” was written by Jon Hartmere and directed by Neil Burger, had a very simple storyline, nice cast, good production, cinematography and locations.

I loved the way the story transcended and progressed really fast. To understand this movie you have to start from the very beginning, so you don’t get lost. I was also pleased at the way the movie ended, for me happy endings are important and help me feel better about a movie. I love the twist and the touching end as it was quiet difficult to predict the end.

Kevin was a young man who leaved a reckless life was sent to jail and a few years later was granted bail, he was released on the basis that he will find a good job to take him off the street and be able to fend for his wife and son, who earnestly looked up to him.

The truth was that he just initially wanted someone to sign his employment sheet and then return back to the streets, but this time the paralyzed employer “Phil” liked him, felt pity for him and wanted to genuinely help him by giving the job. Kevin initially didn’t want to take up the job, but when he heard the remunerations and benefits that came with it, he had no choice but to accept the job.

At this phase the movie moved on quickly as Kevin had to learn on the job he had no prior experience of care giving, he made everyone laugh so hard and every scene was hilarious as he always something ridiculous to say or do.

He had to be available for his employer 24/7, to give him all he needed, from a bath to a shave, to feeding, cleaning and every other thing that needed to be done, Deli couldn’t just believe his eyes, but then when he remembered his pay, he just had to keep working to take care of his family.

It was nice to see him adjust and survive, he is a typical example of the popular saying “What doesn’t kill you only makes you stronger”, the truth was that he became better on the job and they both became best friends, this friendship transformed Kevin’s life for good.

Ratings: PG-13 (for some suggestive content and drug use)

To my verdict I would score Upside an 8/10 a simple well acted movie, no outstanding storyline or script just pure drama and comedy for the comedy lovers to watch, relax and have a good laugh, a few humbling life lessons here and there, but it was nice.

If you are looking for a good laugh and way to unwind and relax, then do make sure you catch up with this in the cinema, before it is taken down. Will I recommend this movie yes of course.

Thank you for reading, and following me too! 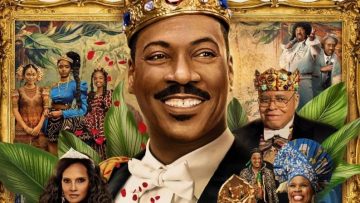